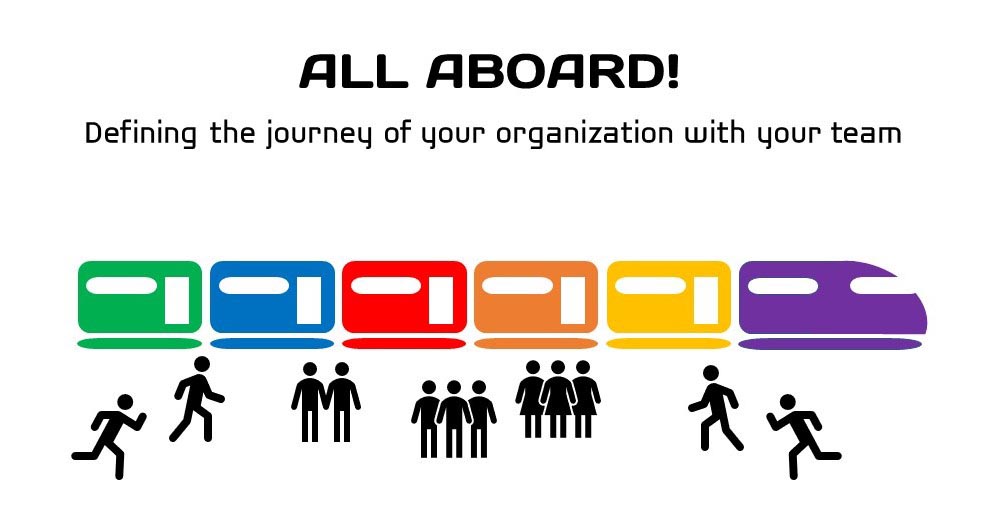 Taking a step back from daily operations, getting your whole department together from different locations in Europe for an offsite meeting to define which journey you want to travel. Great idea, but how do you make sure that you reach this goal of mutual understanding and commitment and take off with a concrete plan to make it happen? The insights in personal and team drives, and the common language of Management Drives makes it possible!

Recently I had the pleasure to co-facilitate a strategy session of a Business Process and Information department. They wanted to get insights in what drives them and use this awareness practically in defining the strategy for the coming year. The end goal: getting everyone on board on the train for a safe, interesting, effective, quick, well-organized journey together.

Before the meeting a program was created to ensure a logical flow. The group was first introduced to the Management Drives theory before getting some feedback on their individual profiles. This created not only insights for the participants themselves, but also for their colleagues.

After creating that awareness, it was time to show the locomotive and first wagon of the train. The manager of the team presented on the mission (purple drive) and vision (yellow drive) of their organization. This input was key to ensure the strategy the team was going to work on was in line with the rest of the company. It also gave the team a good foundation of where they could add to the purpose and the journey of the company. Getting these 2 train carts on the same track is essential for coupling the rest of the carts. The manager closed off his introduction with a first draft of the department goals and invited the team to give feedback over the next 1,5 day to ensure the goals really represented the team.

After breaking for lunch, it was time to prepare the next 2 carts for the train. The group broke in 4 teams to review the draft goals and strategy for their input. They checked for challenges, risks, appreciation and questions they still had. As facilitators we observed the group communication based on drives and steered the group to use the positive behaviors of the drives to deliver a prioritized list of feedback to the whole group. The feedback of the group on the department goals was very constructive in the discussion about how manageable all the goals were, and where the team will need to prioritize and make choices later.

After doing a team-game, the department got together in the 4 sub teams to make their own team goals. In these conversations we facilitated the progress of the discussions. Many teams were lacking red and orange drives, so naturally they are not inclined to focus on the creation of goals and priorities. Through the awareness of the drives received in the morning and the coaching of the facilitators, all teams were able to deliver a list of goals to present the next morning. With all this work done, the orange and red cart were ready to get out on the track as well to be added to the existing train. As facilitators we checked if the carts were coupled correctly and ensured a smooth journey in conjunction with the purple and yellow carts.

After a nice team-event in the evening, a city-tour and dinner, the group got together on day 2 to present their goals to the other teams. A great thing to see that the team got evaluation moments planned for their goals and made decisions what was worth of celebration. The sense of accomplishment is not something that came natural for this department. They didn’t know if they met last years goals. As facilitators it was beautiful to see this awareness for the need of the orange drive coming up throughout the days and the manager promised the team that they would have a different situation next year.

What also showed from the presentations is that the sub teams depended on each other for input, capacity and support. From there it was great to make the step to organize and structure (blue) and how to involve the people (green). The next part for the team was to make sure those last two wagons of the train also got prepared to ensure the travel would be well organized and everyone would stay on board!

In the next assignment each team made a list of 3 items they would require from the other teams. In a carousel of 3 rounds all the teams met 1:1 and discussed what they needed. The most amazing follow up of that was the discussion on how they wanted other teams to interact with them. The teams used their group profiles to explain what was important to them. One group wanted to ensure when they were getting input, a personal touch was demonstrated (green). Another group wanted to focus on getting their input in a concise, precise and similar manner all the time (blue). All teams could also find a common drive in which they could find each other. They learned that there was a tailor-made communication between all the different teams.

These insights they could immediately apply in the next team game, where they had to create Tangram figures based on instructions that came from someone in another room. The team walked away with the knowledge that laughter and realizing the importance of communication in order to successfully making puzzles, can also help the team to be more successful together in business. The insights were also very practical to apply in their daily jobs, as they work various locations in Europe and are not often in the same room.

With this realization the team could now connect the last two carts, blue and green to the train. Once again, as facilitators we checked for a streamlined coupling of the train to ensure all carts were set to facilitate an efficient journey. 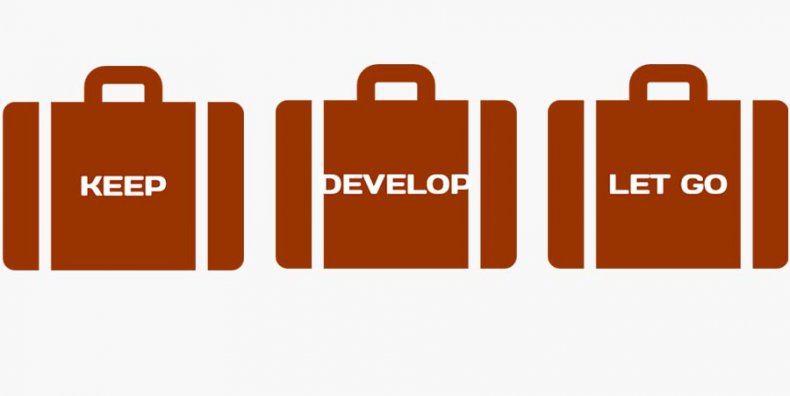 The session was closed off with all individuals making a personal commitment to their own development. They needed to pack their luggage and be prepared for the journey. They needed to bring personal change on board as well to keep the train moving in the coming year. The reason why this is important is because a team will not change it’s dynamic if the individuals are not getting in motion themselves. After each person committed to either keep, develop or let go certain behavior belonging to drives in their profile or their team we evaluated the 2 days.

The team was very happy to be given the opportunity to meet and discuss the goals for the next year. They thought it was very valuable to get to know their colleagues better and understand the needs of others. The practical insights in how to communicate better were appreciated by the team. The agenda helped the team connecting from mission/vision to the strategy/goals and the structure/people. This 3-step approach is also described in an earlier blog. This team got everyone on board, and they are now on a high-speed train to the next station where they can celebrate reaching their goals!

If you are interested to get your team committed to the journey and create movement, contact us to see how we can help you.

‘Everybody Dance Now!’ Diversity and Inclusion with Drives!